Walking down the narrow street of stone paving we reach this cozy house in Arminou. The wooden gate at the street opens into the courtyard of this cozy place. The arisen area with a gazebo and dining table and chairs at the side attracts your attention. To the left is the wooden entrance door with glass panels. The open plan living area with kitchen and fireplace is narrow but inviting. At the side of the living area is the shower room. From the kitchen, the aside doorway takes you to the single bedroom and the massive double bedroom with doors into the courtyard. The courtyard is paved all around and includes an outdoor shower room. The house includes furniture, fittings, and fixtures and has Title deeds.

Arminou is a village in the Paphos district of Cyprus, located 3 kilometers north west of Filousa and 5 kilometers north of Salamiou in the northern area of the Dhiarizos valley. There are three stories told regarding the naming of Arminou village. The first version links the naming of the village to the name of the first resident, who was called Arminos, and hence the village was named Arminou. The second version which is the most likely one originates the name from the name Hermione which was the name of an ancient Greek city in South Greece. There is a third version that says that the village was founded by Armenians, but no Armenian names or any other sign of Armenian civilization was found in the area so it is very unlikely. 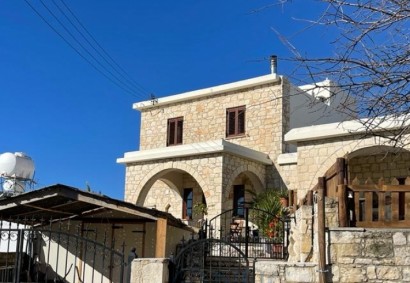